It may seem surprising that osteopathy, while working on the mechanical structures of the human body, can also have an influence on the emotional state of a person.  The explanation is simple: one of the causes of depression can be due to mechanical and hormonal imbalances.

In osteopathy, a cranial sacral approach aims at restoring the balance between the autonomic nervous system and the hormonal system.

A good example of the strong link existing between the corporal and emotional aspects of a person and its influence on the body is that of postnatal depression (also referred as the ‘baby blues’).  This condition sometimes occurs a few months following child birth.  At the time of delivery, the baby blocks the mobility of the sacrum into a state of extension which slows down the function the autonomic nervous system. This slowdown could lead to an eventual hormonal imbalance which may in turn lead to the onset of depression.

Furthermore, many emotional problems are found to be alleviated by an effective treatment of the central tendon which is an osteopathic concept that integrates a relationship between a series of anatomical structures from the skull, the anterior neck and throat regions, through to the thorax and pelvis. Osteopathy can also be beneficial for a variety of secondary effects that can be related to depression. These may include digestive problems, muscular tension, as well as problems related to breathing and mobility of the diaphragm.

Further to the above mentioned issues, a qualified osteopath is well equipped to treat other ailments that may have no relationship with depression.

As the ancient Greeks said, “A healthy mind in a healthy body”.  A feeling of wellbeing is more easily achievable when the body can realise the full potential of all its functions with ease. 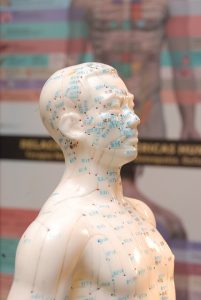 The form was successfuly sent!

The validation of the form was not successful!

There was an error sending the form, try again later or contact your system administrator.